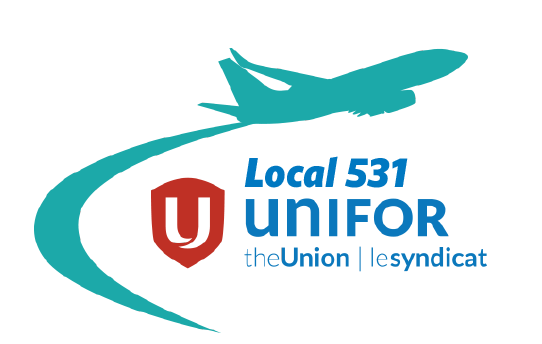 It was a big week for our Union as the membership attended Unifor’s National Convention and elected Lana Payne as our new President.  Lana is the first woman to hold this position and we are excited to see her lead Unifor for the next 3 years.  Women make up over just half of the Canadian population yet continue to be underrepresented in political and professional leadership positions. Having women in leadership roles, contribute to more inclusive and representative laws, rulings, and policies.  Women in key decision-making positions directly impacts having lower levels of income inequality. Congratulations to Lana Payne for her historical win! Head on over to Unifor’s website for more information on her election. 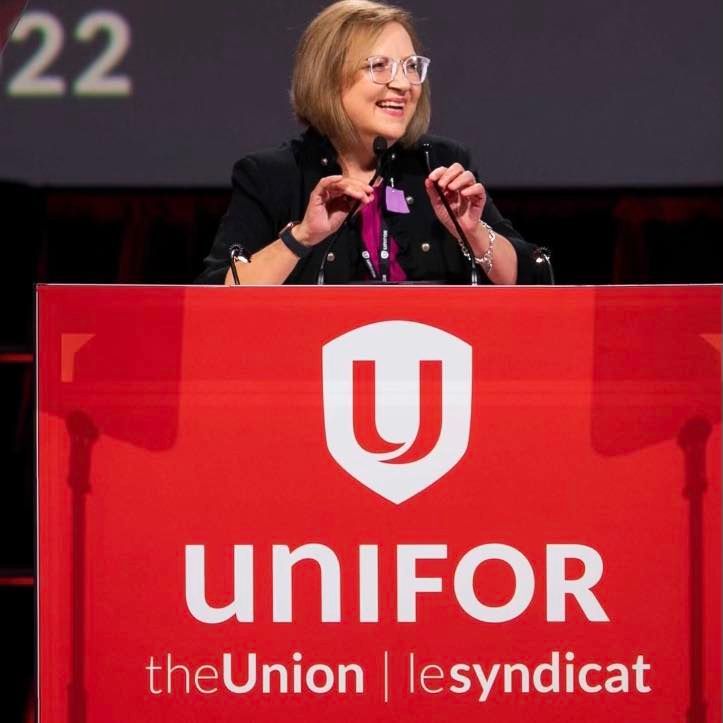 Sandeep and I were fortunate to attend Unifor’s National Convention held August 8th to 12th in Toronto as observers.  Our week began on August 6th and 7th, where we attended Unifor’s National Aviation Council. The Council is made up of members from airlines (pilots, customer service agents), under the wing employees (baggage handlers, catering, airport maintenance), and NAVCAN and represent over 13000 employees in aviation. On Saturday, we attended a day long discussion group about Tech Changes in Aviation and how we can seize the opportunities of that change. You can read more about it here. Sunday, the Council held their elections, and I was elected as one of the three members at large of the Council. I’m excited to work with others in the Aviation sector to improve our working conditions and bring equality to our members. 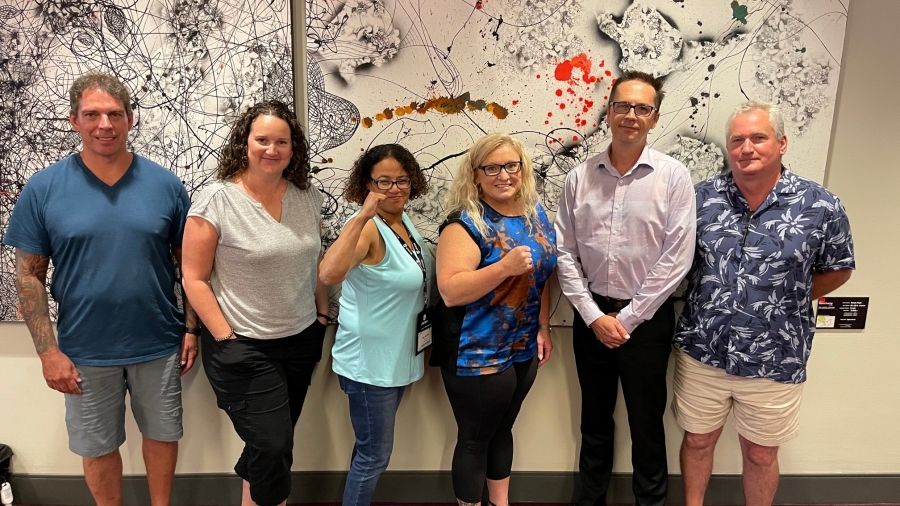 Throughout the week, our organizing and bargaining efforts were used as examples of success. Anytime, someone mentioned in their speech how we organized our workers to form Local 531, we received loud applause and standing ovations.  We were congratulated in hallways, hugged and high-fived and invited to join other Locals for dinner to share our experiences with them.  It’s been motivating and empowering to be in a room where we are heard and understood. I spoke at the Women’s Caucus in front of 250 women about Leslie and Frances and all my coworkers who identify as women who have influenced me to take on a leadership role. I was proud to represent YVR and all the things we have accomplished. And then Sandeep and I spoke to a room of 1000 delicates about how we organized our workplaces to unionize and our journeys through it. We were met with a standing ovation. It was a proud moment for both of us to represent our workplaces and to be so welcomed.

We were lucky to hear Derrick Palmer, from the Amazon Labour Union, speak about his grassroots organizing of his Amazon warehouse. His drive and passion for the labour movement and workers rights is inspiring.  We heard representatives from Journalists for Human Rights speak about getting Afghan journalists out of Afghanistan after the Taliban took over the country last August.  Unifor contributed to that mission through their social justice fund.  And then we heard the great grandson of Nelson Mandela speak about his duty to carry on his family’s legacy of human rights protection.

I am sharing all this with you because I want you to know how motivating it was to be in attendance with so many inspiring people who want to see us succeed in our fight for pay equity, diversity, inclusion, and workers rights. We are just getting started WestJetters and we are looking forward to our future.

Since ratification we’ve had a few common questions arise. Should you have any others that are not listed below, please email them to [email protected]. We will have them answered in our update next week, so all members benefit.

Q: How does the new sick leave work?

An employee may carry over unused sick days (there is no pay out option available) into the following year. Yearly maximums based on status still apply, no stacking permitted. Should any employee enter 2024 with no carried over paid sick days they will be allotted 3 paid days to begin the year and accrual in this case would not commence until the fourth month of the year, up to the maximum yearly limit. Should an employee have 3 or more carry over days, they will accrue monthly – up to the yearly limit. To be clear if you have no days to carry over into the new year, you’ll be allotted 3 days. If you carry over 3 days from the previous year – you start the year with 3 and begin accruing monthly, up to your yearly limit.

Q: With part time and casuals now being paid out their vacation pay on each pay cheque, what happens to my current 2022 Vacation Pay?

A: While we are still awaiting an official response from the company, the Union has proposed that the remainder of 2022 in terms of vacation pay (requesting pay outs at the employees choosing) to remain in effect with the balance being paid out at the years end. We should have a confirmed answer for everyone shortly. As per the collective agreement, 2023 will find part time and casual employees have their accrued vacation pay paid out each pay period.

Q: There has been a job posting for a relief position not covered by the Collective Agreement.  Am I able to apply for it?

A: The Bargaining Committee did propose language to the Company in collective bargaining that would permit union members to do non-union work on a relief basis.  We proposed parameters under which this could be accommodated but unfortunately, the Company was not in agreement with allowing this to be done. Therefore, if there is a job posting in a relief capacity outside of the collective agreement, unionized employees would not be able to apply for it.  There is language in our agreement that covers temporary postings and ad-hoc opportunities.

Q: I don’t understand the new pay scale and how pay raises will work. Can you explain it?

A: As of September 1st, 2022, your pay will adjust to the negotiated new wage for your continuous years of service. Should you have an anniversary milestone within the pay adjustment period, you will also move to that new step. You will see that new pay rate reflected on your September 30th pay, which covers the period of September 1st to 15th.  Come January 1st, 2023, your current wage adjusts to the new 2023 rates and again moves up with your anniversary milestone.

Example: You were hired four years ago but notice you fall into the wage scale at the 3 years pay, but you were laid off for 1 year due to the pandemic. Your continuous years of service, collectively, is 3 years.

A reminder to all members that should you receive a meeting email from a manager or Employee Support Advisor (ESA), and it states that a Unifor representative is eligible to attend the meeting, it is your responsibility to get in touch with your local representatives should you wish to have them join you. We are here to support you and ensure the collective agreement is followed. Each situation is unique, and the unions level of involvement may vary from observing to actively participating in the meeting. It is your right, and we implore you to exercise it. We have had a recent trend of very late or no notice from members. Our ask is that you make all efforts possible as soon as you receive notice to be in touch with one of us to ensure that we have appropriate time to prepare to support you.

Your Bargaining Committee would like to thank everyone for utilizing the email [email protected] to contact bargaining committee members with questions or requesting support.

Lastly, we had mentioned that we would be sending out a list of articles and when they would be implemented. We have now come to realize that this was included in the Collective Agreement as a memo, so we won’t be adding it to this newsletter.

Have a good week!