The Airports Employee Association (AEA) actively tries to dissuade WestJetters from their legal right to join Unifor and gain protections that only a real union can offer. This week they have been out in force sharing anti-union materials. The AEA is an active agent of anti-union bias on behalf of the employer.

They shared information this week about Unifor's union dues to scare people into feeling that union dues were costly. They fail to advise you that union dues are 100% tax-deductible when you file your income tax. It is likely they wouldn't know this as they forced workers to pay dues into their fake union for decades without giving the workers the ability to claim these on their income tax. The AEA and WestJet ceased this practice when workers questioned its legality.

If we were to survey your airports' colleagues whose jobs were outsourced across the country, most of them would prefer to pay union dues with the protections of a collective agreement with a no outsourcing clause. CUPE was just successful in negotiating such a clause with Onex WestJet with their first agreement.

Unionized employees have far greater protections at WestJet. They have greater recall rights, strong contract language prohibiting the outsourcing of work, increased flight benefits, and did not lose the 20% contribution to the WestJet Savings Plan (WSP).

Union dues are a way for workers to pool their resources to ensure fairness and equity in their workplace. There are many benefits to joining a union to you, your family and your community.

Unifor represents more than 7500 airport agents across Canada. Our track record in improving workers lives in the air transportation sector speaks for itself. 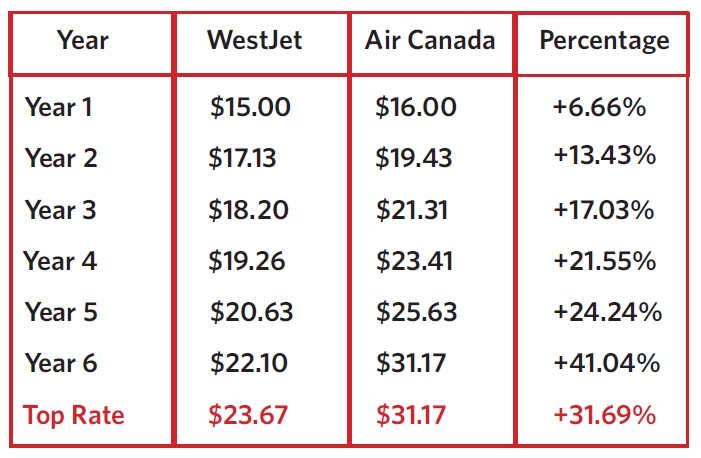 Under the deal, all Air Canada CSAs will make $31.17 as of February 2026. This is significantly higher than the top rate paid to WestJet CSAs, who saw their wages frozen.

The contract also secures Air Canada staff employment if their work is shifted to low-cost flyer Rouge. If Air Canada moves flights to Rouge, our members will still work the flights and retain their current wages and benefits.

Why would Air Canada agree to this? Simple.

When Air Canada faced severe challenges in the wake of the 2008-2009 financial crisis, Unifor negotiated a collective agreement that helped the company weather the storm. During this round of contract talks, we negotiated a collective agreement that ensured the company's workers, through the tough times, shared in the good fortune. That's only fair.

If you would like to benefit from being part of Unifor, talk to your coworkers about signing a membership card today. 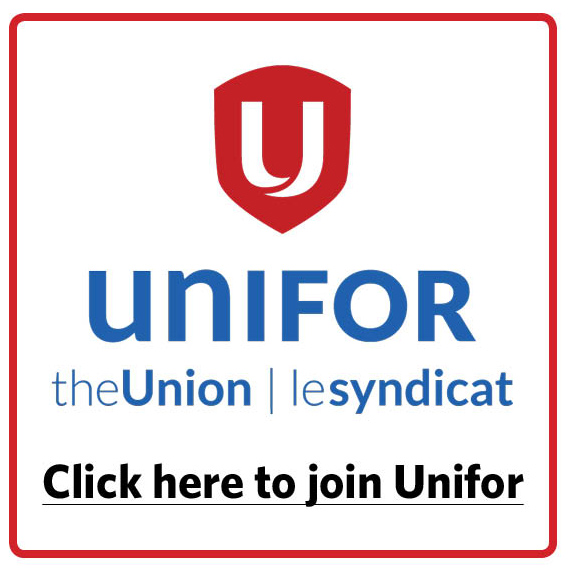